Stickhenge celebrates the genius of  Neolithic people who built Stonehenge and discovered the foundations of mathematics, geometry and timekeeping systems that we use today. Everyone has their theory about Stonehenge's purpose but none of them is completely accepted. With that in mind I suppose my theory is as good as any. I see Stonehenge as a selection of mathematical tools, like a Highschool Geometry set. 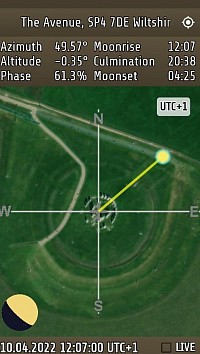 Screenshots of Sun positions at Stonehenge. 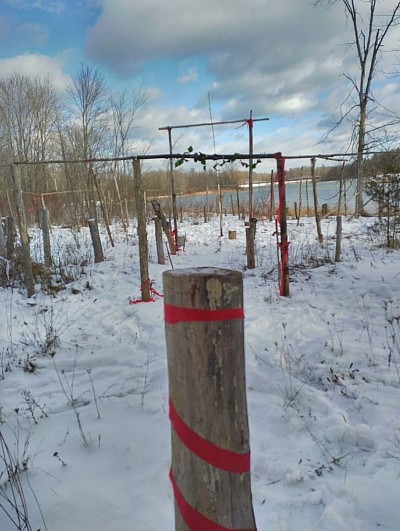 Stickhenge is a 1/2 scale model of Stonehenge made of log poles (sticks).

Stickhenge is also a geometry set. Any geometry set can, in a pinch, be used as a navigation device, an astronomy device, a calendar, a clock and a Horoscope. It can do all of these things but just like your school geometry set it would be a ridiculous setting for human sacrifices, feasting or burial of your ancestors. Stickhenge measures the things around it and that's all.

Stickhenge is actually a "Woodhenge" but I chose Stickhenge to avoid confusion with the original Neolithic Woodhenge which is part of the Durington Walls complex on Salisbury Plain.

If you are planning to build a henge that you can stand in to make observations of the sky, you need quite a bit of property to build it in. A full size Stonehenge takes up more acreage than I have so I built Stickhenge at 1/2 scale. There is enough information about Stonehenge  on the Web  to make building a Henge fairly easy. This isn't the path I chose.

I didn't want to build my henge to a pattern. I wanted to know why Stonehenge looks the way it does.

I read everything I could about stonehenge and I compared every diagram and photograph and starcchart by making overlays in Photoshop.

Once I had some numbers worked out I started looking into Vedic calendars of India. Their perspective was likely to be helpful because of its extreme age and ancient ways of thinking.

The Vedic Calendar was indeed the key to understanding how Stonehenge could work.

Stonehenge can be used as a "Luni-Solar" calendar, that is, the Sun and Moon and Stars  cooperate to divide the year into months, weeks, days, hours, minutes and seconds.

Stonehenge at its most basic is a circle divided into 360 degrees. These degrees measure the motion of Sun and Moon through the sky against a background of twelve constellations known collectively as the Zodiac. Each constellation or sign of the Zodiac occupied 30 degrees of space along a line known as The Elliptic, which is the Sun's path through the sky east to west from sunrise to sunset.

The Sun has several paths to follow other than sunrise, Zenith and Sunset. Every 24+ hours, the Sun moves one degree further across the thirty degrees of the Zodiac sign it is in. The twelve signs of the  Zodiac are part of the ancient system of dividing the year into months. Each month is one third of a season and marks the progress of the Sun from its lowest postion at noon and shortest day of the Winter Solstice to the Sun's highest position at noon and longest day of the Summer Solstice. The Sun also marks the two days of the year with equal lengths of day and night. These days are commonly called the Spring and Autumn Equinoxes. The equinox sunrise and sunset occurs almost exactly at East and West. Summer Solstice (June 22st.) is the most famous part of the year as Stonehenge is concerned. It's the day when people go to Stonehenge to watch the sunrise.

Another cycle that the Earth experiences is the precession of Equinox.  This cycle takes 26 thousand years to complete, so there's no obligation to observe it in its entirety.

The Moon follows a different path and it's motion can be so confusing that the average person doesn't keep up with it. To them, the Moon mearly appears haphazardly here and there, night and day for reasons unknown.

The Moon isn't moving around on a whim. To make a long story short, tne Moon goes through the same sort of cycle as the sun except it happens once a month rather than once a year. That's the easy part. The rest is more complicated. 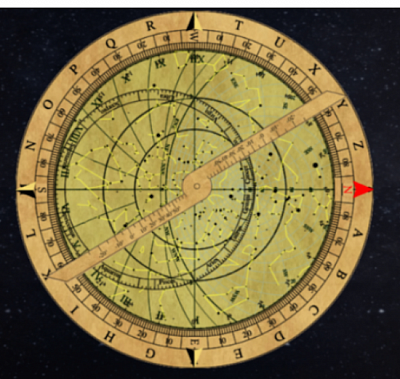 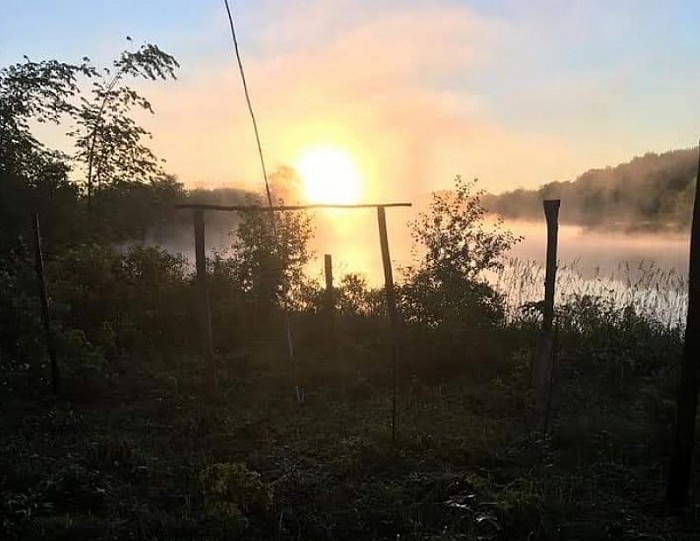 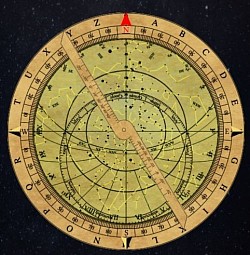 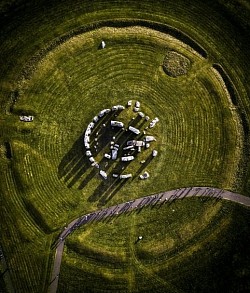 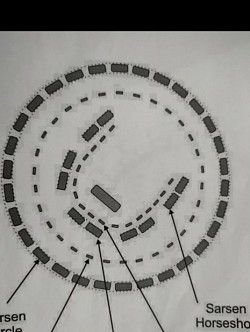 I see a similarity between the Astrolabe and stonehenge.

I was originally interested in the Astrolabe because of Samuel Champlain's lost Astrolabe that was found and put on display in the museum of civilization. There was no explanation of how the Astrolabe was used. I started reading about astrolabes.and eventually I found a website that had a printable astrolabe. Once I got familiar with using it, I started noticing the similarity the Astrolabe had with Stonehenge. I wondered if Stonehenge might be a horizontal Astrolabe.

Outside of outer mound 670 feet 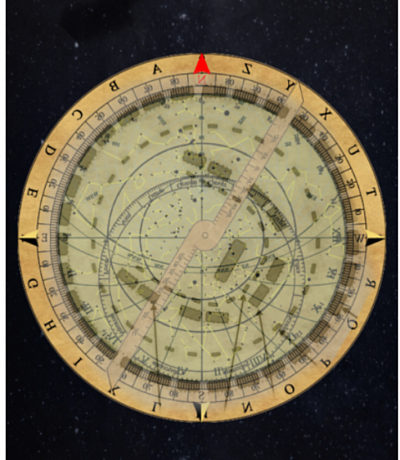 There was more on the Neolithic mind than feasting and burials.

Why did Stone age people use modern degrees? 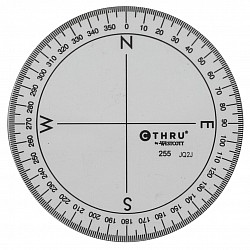 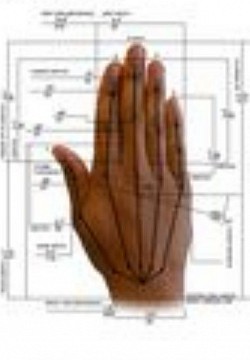 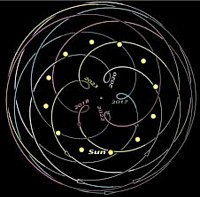 Building a Henge gives you an education in more than astronomy. You also have to learn something about drainage engineering. A mistake could result in a bowl of mud rather than a henge. 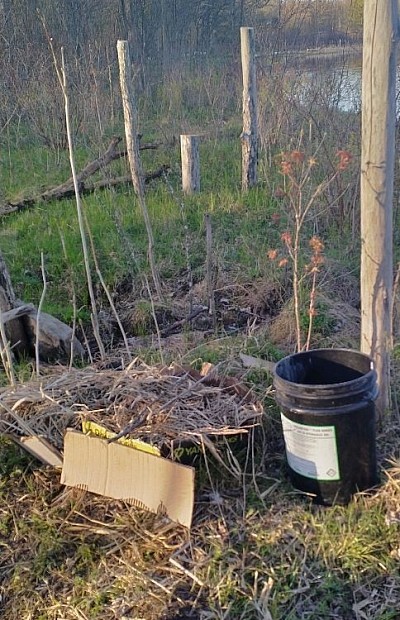 A box of potatoes near Summer Solstice.

I decided, because I want involvement, to start gardening in Stickhenge. First I laid out a garden that represents the movement of the Sun from Summer to Winter Solstice.